Chances are anyone who has been on Purdue's campus during a major home game has seen, or at least heard, the Boilermaker Special. It's hard to miss, a miniature train cruising around campus streets blowing a whistle and ringing a bell that sound like those on a train. The Boilermaker Special is completely unique in the realm of collegiate mascots, being a fully functional, road legal automobile however there does exists some confusion regrading not only the history of the special but also it's role among students on campus. This was confusion is best shown by a survey conducted of 30 random students at Purdue, of these 30 only two-thirds knew the Boilermaker Special was the official mascot of Purdue. 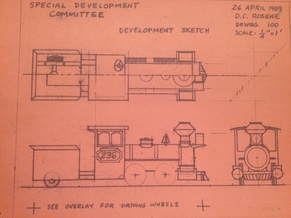 Design sketch of Boilermaker Special III
For Purdue's first 70 years of existence the university did not have a official mascot. This was changed in 1939 when a Purdue sophomore named Israel Selkowitz wrote a letter to the editor of The Purdue Exponent proposing that the university adopt an official mascot. Selkowitz's initial proposal was a "mechanical man" which he thought would represent Purdue's engineering heritage. This proposal sparked much debate on campus about what to make the mascot, this debate resulted in the idea of building a locomotive on an automobile chassis. 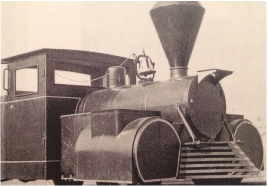 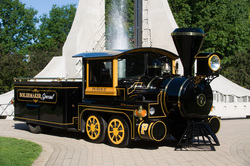